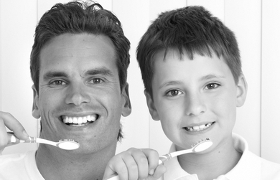 Baby teeth that children traditionally put under their pillow in the hope of finding money left by the ‘Tooth Fairy’ may now be transformed into valuable stem cells.

Ground-breaking technology is allowing scientists to extract stem cells from teeth which would otherwise be thrown away.

“The core of the baby tooth – which contains blood vessels, nerve endings, and fatty tissue – is a very rich source of four types of stem cells – mesenchymal, chondrocytes, osteoblasts and adipocytes,” Gozitan dentist Joseph Xuereb said.
Mesenchymal stem cells are the most important since they have the ability to develop into a wide range of other cells. “They can be used in any type of degenerative disease and burns victims have been treated with skin grown from their own stem cells,” Dr Xuereb said.

Chondrocytes have the ability to generate cartilage, osteoblasts can become bone, and adipocytes can repair damaged cardiac tissue following a heart attack.

Dr Xuereb has teamed up with an international bio-science operation, Bioeden, which extracts stem cells from incisors and canines. Hundreds of thousands of stem cells can be extracted from one tooth and stored in liquid nitrogen for years – to be retrieved when the child or another family member needs to use them.

Stem cells can be extracted both from the umbilical cord as well as bone marrow, and have already been used to treat a number of diseases.

Dr Xuereb said parents who registered would receive a refrigerated box with a vial inside and instructions on how to keep the mouth as clean as possible before the tooth becomes detached. Once the tooth is lost, it is put in the vial, which is filled with fresh milk and couriered to the UK. At least 800,000 stem cells are extracted from the tooth and it is then stored.

The procedure comes at a cost of €950 plus an annual fee of €90, which covers storage in liquid nitrogen, although paying up-front for 20-year-storage will cost €1,750, including the registration fee.
“This is very similar to insurance – you pay for it and hope you will never need it,” he said.
The discovery of stem cells in baby teeth was made in 2003 by Songtao Shi, a researcher at the University of Southern California, after his six-year-old daughter lost a tooth. Three years earlier, Dr Shi had also found stem cells in adult teeth.

“It would be a shame not to harvest these stem cells from a tooth that would otherwise be thrown away,” Dr Xuereb said. And since children lose more than one tooth, they will still have something to leave for the Tooth Fairy.